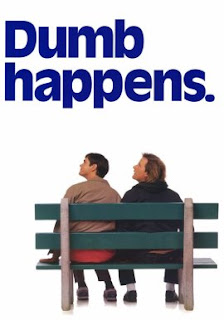 U.S. teens stumped by history survey
By Sam Dillon Published
Fewer than half of American teenagers who were asked basic questions about history and literature during a recent telephone survey knew when the Civil War was fought, and one-quarter thought that Christopher Columbus sailed to the New World sometime after 1750, not in 1492.

The results of the survey, released Tuesday, demonstrate that a significant proportion of American teenagers live in "stunning ignorance" of history and literature, according to the group that commissioned it. Known as Common Core, the organization describes itself as a new, nonpartisan research and advocacy organization that will press for more teaching of the liberal arts in American public schools.

The group argues that President George W. Bush's No Child Left Behind law has impoverished America's public school curriculum by holding schools accountable for student scores on annual tests in reading and math but in no other subjects.

Politically, the group's leaders are strange bedfellows. Its founding board includes Antonia Cortese, the executive vice president of the American Federation of Teachers, the union that is a powerful force in the Democratic Party, and Diane Ravitch, an education professor at New York University who was assistant secretary of education under George H.W. Bush. Its executive director is Lynne Munson, a former deputy chairman of the National Endowment for the Humanities and former special assistant to Vice President Dick Cheney's wife, Lynne.

"We're a truly diverse group," Munson said. "We almost certainly vote differently, and we have varying opinions about different aspects of educational reform. But when it comes to concern that all of America's children receive a comprehensive liberal arts and science education, we all agree."

Today in Americas
Clinton and Obama clash on health, trade and rival tacticsSurgeon accused of hastening patient's death to retrieve organs soonerWarrantless searches removed from legislation in MexicoIn the survey, 1,200 17-year-olds were reached by telephone in January and asked to answer 33 multiple choice questions about history and literature, which were read aloud to them. The questions were drawn from a test administered by the U.S. government in 1986.

About a quarter of the teenagers surveyed were unable to correctly identify Adolf Hitler as Germany's chancellor during World War II, instead identifying him variously as a munitions maker, an Austrian premier and the German Kaiser.

On literature, the teenagers fared even worse. Only four in 10 could pick the name of Ralph Ellison's novel about a young man's growing up in the south and moving to Harlem, "Invisible Man," from a list of titles, and only about half knew that in the Bible, Job is known for his patience in suffering. About as many said he was known for his skill as a builder, or his prowess in battle, or his prophetic abilities.

The history question that proved easiest asked the respondents to identify the man who declared, "I have a dream." Ninety-seven percent of teenagers correctly picked Martin Luther King Jr.

About eight in ten teenagers, a higher percentage than on any other literature question, knew that Harper Lee's novel, "To Kill a Mockingbird," is about two children affected by the conflict in their community when their father defends a black man in court.

In a joint introduction to their report, Cortese and Ravitch did not directly blame the No Child law for the dismal survey results, but argued that the law has led schools to focus too narrowly on reading and math, thereby crowding time out of the school day for history, literature and other subjects.

"The nation's education system has become obsessed with testing and basic skills because of the requirements of U.S. law, and that is not healthy," Cortese and Ravitch said.

A string of studies have documented the narrowing of the American public school curriculum since Bush signed the U.S. law in January 2002. Last week, the Center on Education Policy, a Washington research group that has closely studied the law's implementation, estimated, based on its own extensive survey, that 62 percent of school systems nationwide had added an average of three hours of math or reading instruction each week, at the expense of time spent on social studies, art and other subjects.

But the Bush administration and some business and civil rights groups warn against weakening the law, arguing that students need reading and math skills to succeed in other subjects.
Posted by BoSacks "Heard on the Web" at 2/27/2008 07:45:00 AM No comments: Links to this post

Snakes on the Plains 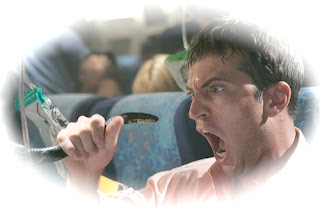 BoSacks Speaks Out: I just love a good headline and because of that I had to send this out. It is also an interesting question about " Truth In Journelism" in this article. I leave it up to your good judgement. Is this a headline story? Is this any kind of story at all?

"After my screen test, the director clapped his hands gleefully and yelled: "She can't talk! She can't act! She's sensational!""
Ava Gardner (American film Actress of the 1940s and 50s who, despite her renowned beauty and sensuality, successfully resisted being typecast as a cex symbol. 1922-1990)


Snakes on the Plains?
BY Allan Mutter
http://newsosaur.blogspot.com/


The morning got off to a nasty start for ophidiophobians in Oklahoma City when they opened Friday's newspaper to see a headline sprawled atop page one warning: "Big snakes could slither into state."

The problem with the alarming spread in The Oklahoman - replete with the headshot of a frightening-looking Burmese python - is that the danger of a snake invasion is really quite remote, as the newspaper's own story makes clear.

So, why did the Oklahoman play this non-story in the sensational fashion it did? I left a phone message for editor Ed Kelley and, so far, haven't heard back.

But I did have an interesting conversation with zoologist Gordon Rodda of the U.S. Geographic Survey, one of the scientists whose research formed the basis for the story. Here is what he said:

The USGS undertook a study of what climates in the United States theoretically could support the spread of a growing population of non-indigenous Burmese pythons that have taken up residence in the Florida Everglades. The areas warm and humid enough to support the non-poisonous constrictors could include Oklahoma, depending on how global warming shakes out over the next 100 years.
"But, if the implication in the newspaper story is that it is going to happen next Thursday, that's irresponsible," said Gordon. "It is a very dramatic way they portrayed it."

The particular irony of the Oklahoman's story is that it was so thoroughly reported by staffer Josh Rabe that no reasonable editor could have inadvertently misconstrued its significance.
In but one example, Josh quotes a local snake expert as saying it is "just absurd" to fear a Burmese python invasion in Oklahoma. "If you put one out in the front yard on a day like today," said snake breeder Bob Clark in a week when low temperatures were in the mid-20s, "you would have a snake-sickle by the end of the day."

To be sure, an onslaught of Burmese pythons would terrifying. The snakes can grow to lengths of 20 feet and become as fat as a telephone pole, says Gordon. Although the creatures are not poisonous, they instantly wrap themselves around their prey, squeezing the life out of the victim before gulping it down.

Although the snakes are capable of traveling as far 20 miles in a day, Gordon can't imagine them bellying all the way from Florida to Oklahoma City. "It is unlikely they would keep moving long enough in the same direction, given the randomness of their movements," he explains.
If the danger is negligible of telephone poll-sized Burmese pythons slithering 1,500 miles from the Everglades to Oklahoma City, then why would the newspaper have played the story in the way it did?

"With newspapers," says Gordon, "it's their business to make a big deal out of things."