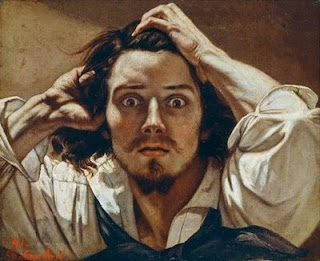 Media Daily News reported in the article printed below what most of us have been aware of, well, forever. That the Publishers Information Bureau (PIB) isn't quite worth the paper it is printed on. At least, not the revenue-reporting part of the report. I have never trusted the revenue "rate card" side of the reporting and rather focused my attention on the reported page count. At least that is based on science and not numeric, wishful alchemy.

It's sort of like a trip to the doctor. You can visually see if your family is growing, but only science with blood tests will confirm or deny the truth of the apparently, but not necessarily, obvious health. A visual appraisal based on size alone is not necessarily an accurate portrayal of health.

Media Daily reports, "So a periodic reality check can put the PIB revenue figures in perspective. Just how big are discounts on magazine rate cards nowadays? The short answer is: A lot. The long answer is: anywhere from 40 percent to 75 percent, depending on the publisher."

Wow! That is a lot of smoke and mirrors for an industry with limited accountability. A great deal of Media Daily's report is deduced from publicly traded companies who release actual revenue figures that permit comparisons as part of SEC filings. So let us just say, for the sake of argument, that they are wrong in their estimates by 50 percent (is that even possible?), so the range of the PIB misstatements of earnings is at least 20 percent to 35 percent. Would you/do you make serious business decisions with that kind of range of misleading or incorrect information? Media Daily says that some publishers are off rate card by 75%. What is the value to continually report such variable and suspect data?

Either way you look at it and either set of figures you want to believe, the high or the low, the PIB revenue is at best unreliable and at worst, and let's be polite, a sad deception of the uninformed. Is it any wonder that advertisers want and continue to seek truer accountability?

How Inflated Are PIB Revenue Figures? A Lot
by Erik Sass
http://www.mediapost.com/publications/?fa=Articles.showArticleHomePage&art_aid=92822

It's an open secret that big magazine publishers offer advertisers discounts on the prices listed on official advertising rate cards, especially when times are tough. As a result, media types tend to use the Publishers Information Bureau's figures for ad pages as an index for magazine health, rather than rate card revenue figures, which may be inflated.

So a periodic reality check can put the PIB revenue figures in perspective. Just how big are discounts on magazine rate cards nowadays? The short answer is: a lot. The long answer is: anywhere from 40% to 75%, depending on the publisher.

It's also important to note that only a few publicly traded companies release actual revenue figures that allow comparisons as part of SEC filings and earnings announcements. Two of the largest publishers--Conde Nast and Hearst--are privately owned, so figures for discounts at either company would be based on hearsay. Publicly traded companies will have to serve as proxies for the magazine business overall.

Comparing the PIB ad revenue figures for the first six months of 2008 to their actual ad revenues, as disclosed in financial statements, reveals evidence of substantial discounts.

Time Warner reported total publishing advertising revenues of about $1.2 billion in the first half of 2008--of which 9% or $100 million was online advertising, leaving print ad revenues of $1.1 billion. That compares with PIB's rate card revenue figure of $2.14 billion, meaning that Time Inc.'s two dozen American magazines are collectively offering discounts of almost 50% off the official rates.

At Meredith, the discounts are even steeper. The company reported publishing ad revenues of $308 million in the first half of 2008, compared to PIB rate card revenues of $1.16 billion. This suggests that its 25 consumer magazines are collectively offering discounts of almost 75% off the official rates.

Martha Stewart Living is offering smaller discounts than Time Inc. or Meredith, but they are still in the double digits. In the first six months of 2008, MSLO reported print advertising revenues of $85 million, compared to PIB's figure of $142.4 million. That means MSLO's five main titles are collectively offering discounts of about 40% off the official rates.
Posted by BoSacks "Heard on the Web" at 10/20/2008 09:15:00 AM No comments: Links to this post