The state of publishing and digital media 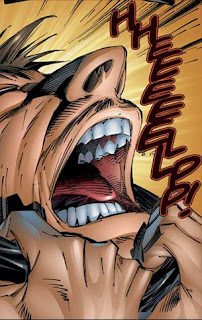 The state of publishing and digital media
Written by Gary Howes
Today PriceWaterHouseCoopers (PWC) releases their report on the current state of the global publishing industry with a focus on the ongoing debate as to whether digital has spelt the death of print.

The global consumer magazine market is currently worth about £43 billion - up from about £38 billion five years ago.

Advertising accounted for most of this rise. Between 2003 and 2007, revenues from print advertising increased at a compound annual growth rate (CAGR) of 4%. Conversely,
circulation revenues grew by just 1.9%.

PWC Entertainment and Media Practice suggests that the consumer magazine market will reach about £51 billion by 2012, and that advertising will once again generate most of the increase.

Between 2004 and 2008, global expenditure on Internet advertising rose at a CAGR of 38.1%, whereas print advertising in consumer magazines and newspapers grew by just 4.4% and 2.4%, respectively.

The pace at which online advertising expands is likely to slow over the next five years. Even so, PWC believe that revenues will increase at a CAGR of 19.5% - three times more than the rate at which expenditure on any other form of advertising is projected to grow.

PWC says the global publishing industry is undergoing major changes. A growing number of people are migrating from the printed page to the Internet for information and
entertainment. So what should consumer magazine publishers and media buyers do to succeed in the digital age?

The research shows that:

Most consumers still prefer to read hard copies of magazines, but many are also interested in reading digital content (by which we mean interactive materials, not
PDFs or other static formats which can be viewed online) - and younger consumers would rather access content digitally.

A significant number of consumers also express interest in using new digital devices to read digital content, once these devices are commercially available.

However, consumers expect to pay more for printed content than for content distributed electronically. Indeed, the research suggests that they are not prepared to pay more than half the sum they would pay for a printed magazine.

Moreover, many consumers see digital-only content as a substitute for printed content. So any magazine publisher which launches digital content connected to its brands risks cannibalising subscription and circulation revenues from its traditional print magazines.

However, there is no evidence thus far that consumer magazine print products have been cannibalized by the presence of digital versions of the magazine on the title's website. This fear may therefore be groundless.

A number of magazine publishers have responded to the digital revolution by reshuffling their portfolios through acquisitions, disposals and new launches, or by forming strategic alliances to get access to the skills they need.

As progress in developing digital media is being made in mainland Europe, Britain and in North America, Eastern European publishers continuing to build up their print portfolios, as this relatively new industry develops.

According to third party research, smaller publishers in Britain and in North America are far ahead of their mainland European counterparts in digital investment and development.

And it is those that have been able to leverage strong brands across multiple media platforms and generate revenues from online advertising, search-engine marketing and e-commerce that have proved most successful.
Posted by BoSacks "Heard on the Web" at 8/24/2008 10:45:00 PM No comments: Links to this post