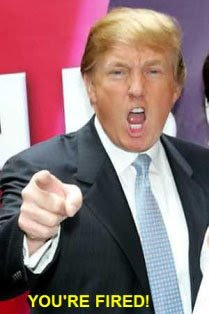 BoSacks Speaks Out: MPA Layoffs Vs. Executive Compensation
By BoSacks
Last week I sent out what I thought was a calm and sensible article about the management salaries of publishing associations titled BoSacks Asks: What's a Pound of Flesh Worth These Days, Anyway? I was attempting to provide our industry a thoughtful dialog in these stressful and unprecedented economic times. There was nothing intentionally personal, nothing specifically actionable for or against a single person or association. I just wanted to present some overall logical questions and start a reasonable and thoughtful review of financial executive deployment of executive salaries in associations for the publishing business. Somehow it seems especially relevant with the ascendency of digital publishing in the 21st century.

Today, I feel I must alter that neutrality and zero in on a single association. The MPA, the Magazine Publishers Association has initiated an action that for me requires closer examination and strikes me on the surface as insensitive in its execution. Of course, I do not know all the details. So I only have conjecture to work with.

Media Week reported the following: "The pains affecting consumer magazines are trickling down to its lobbying association. Magazine Publishers of America layed off seven staffers, according to sources. A spokesman said that because of declines in its members' core print publishing operations, 'it was necessary to streamline operations.' After the cuts, MPA will have 36 employees. Rate-card reported ad pages for consumer magazines are down 3.1 percent in the first half of '08 and 8.2 percent in the second quarter, with particularly steep declines in the auto, technology and pharma categories, according to Publishers Information Bureau, a service of MPA. The cuts come during the run-up to MPA's annual American Magazine Conference, which takes place Oct. 5-7 in San Francisco."

With the country's $700,000,000,000 dollar bail out and a necessary focus on golden parachutes and executive compensation plans it seems to me to be somewhat disingenuous for 7 people to be laid off due to the financial conditions of the publishing industry while the MPA management sits unscathed in an untouched ivory tower, with compensations reaching as much as $740,000. (See full compensation chart here)
Were these workers not doing their job well enough? If that's the case then the layoffs should have been swiftly completed. If they had been doing their job well, then perhaps the association and the industry still needs them.

Is the industry no longer in need of the MPA's work as the largest publishing association? Are they lowering their goals and standards for the industry? I think we need competent magazine associations now more than ever, to do more than ever before. There is too much competition and too many advertising alternatives for us not to be at our peak performance.

What happened? Lop off the heads of the worker bees that actually help make the honey flow and let the royalty continue on with their compensation to the possible destruction of the entire hive?

Is there such a thing as a reasonable limit for executive pay? I suppose the best answer would have to be based on actual and identifiable results. What have been the actual results of the current administration of the MPA? Where are we as an industry and where do we need to be under the current conditions? Are we as an industry forward thinking enough and keeping up with the advent of multiple and ever changing competitive platforms? Has the MPA kept up with the needs of the industry? If it has, then the compensation may be warranted.

If the MPA's management indeed shared in the pain of these layoffs in some way, that is not apparent to this reporter. But if that is so, then I apologize for this errant conversation. Either way, as always, I leave my newsletter completely open for a public response from all.
Posted by BoSacks "Heard on the Web" at 9/29/2008 03:28:00 PM 2 comments: Links to this post