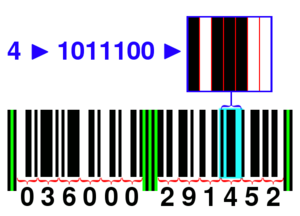 At the end of September, Anderson News, one of the four large wholesalers that represent an estimated 90% of magazine sales, notified national distributors that it was taking large deductions from their payments. The deductions represented the volume of the magazine inventory in retail chains they service which were now doing business with Anderson on a scan-based-trading (SBT) basis. The total amount of the deduction, spread proportionately by market share to each national distributor, was estimated to be between $35 million and $40 million. Early last week, in one fashion or another, each of the national distributors advised their client publishers that they might have to cease shipping products to Anderson immediately, unless payments were received. By the end of the week, the national distributors told clients that shipments would continue. At the same time, they indicated that discussions with Anderson were still going on, and did not sat that the payment issues were resolved. Although executives were very guarded in their comments, there was a general sense that the situation and the issues involved are extremely serious and have implications well beyond Anderson News.

SBT Reaching Critical Mass. The apparent crisis in the magazine distribution channel was provoked by the rapidly increasing level of SBT relationships between chain retailers and wholesalers. A survey of major wholesalers indicates that more than 25% of their business is now being conducted through SBT, and most of the wholesalers think that share will rise substantially in the next year to 18 months. For Anderson, who's largest retail customer is Wal-Mart, a leader in SBT development, the share may be as high as 40%. A key element of SBT is that a retailer no longer carries magazine inventory on its books, and therefore is not billed for deliveries from the wholesaler. Instead, the retailer pays for a magazine when it is scanned and sold at checkout. Consequently, at the beginning of an SBT contract, the retailer shifts the value of the inventory back to the wholesaler. Wholesalers report that, in a large store, that cost can easily be $20,000. For a chain of 100 stores, that can be a $2 million change in a wholesaler's cash flow. To some degree, the impact is lessened by negotiated improvements in payment schedules from the retailer to the wholesaler.

Wal-Mart, the world's largest retailer, operates over 3,000 stores in the United States, the majority of them huge supercenters. Five magazine wholesalers service Wal-Mart, but Anderson has by far the largest share. In notifying national distributors of its action, Anderson signaled it thought the cost of the inventory should go back to the manufacturer, in this case the publisher. Anderson reportedly cited the instance of the card manufacturer, American Greetings, who has several SBT relationships with retailers and took back the inventory cost. However, a major difference is that American Greetings has a direct sales and financial relationship with chain retailers, whereas magazine publishers are several steps removed from retailers, first by a national distributor, then by a wholesaler. At each of those levels, contractual terms govern payments as well as marketing obligations. National distributors say their contracts would prevent them from passing inventory costs back to publishers, even if they agreed to accept the cost from the wholesalers. The situation was further complicated in that any acceptance by national distributors of Anderson's initiative would mean the same terms would apply to other wholesalers as well.

SBT Related Issues. The rapidly increasing incidence of wholesaler-retailer SBT relationships will force the entire magazine distribution channel to address several key issues. In addition to the ownership of the inventory, the responsibility of the shrink must be determined. Shrink refers to more than just magazine copies stolen by customers or employees, but includes shipping discrepancies, accounting problems, and barcode quality control matters. Most SBT contracts require minimally acceptable levels of shrink, usually under two percent, but there remains the question of who absorbs the two percent and the determination of whose responsibility it is.

Previously existing SBT programs in other industries are different from the magazine experience in two significant ways. Like the American Greetings example, they are agreements directly between a manufacturer and a retailer. The negotiations are simplified. There are no middlemen. In magazine distribution, there are two, national distributors and wholesalers. Secondly, successful SBT experiences have been based on producing benefits for the retailer and the manufacturer, mainly by increasing sales through rapid replenishment. In magazine SBT, the retailer benefits by the elimination of inventory and by being relieved of most of the responsibility for shrink. The wholesaler cannot expect replenishment to increase sales when 60% or more of everything delivered is already being returned. Additionally, the multi-level nature of the distribution channel increases the complexity of making SBT work effectively for all parties concerned.

Industry Approach Needed.For a variety of reasons, among them intense competition, SBT appears to be on its way to being the primary means of doing business between retailers and magazine wholesalers. Many in the business think it is likely to bring fundamental changes, particularly to the economic model of the distribution channel. The situation between Anderson and national distributors appears to be on its way to a resolution. However, there clearly are needs for industry-wide agreements about dealing with changes (perhaps even disruptions) that SBT will force the channel to face.
Posted by BoSacks "Heard on the Web" at 10/08/2007 09:46:00 PM