Bosacks Readers Speaks Out: On Magazines, Ads, Digital, and Google 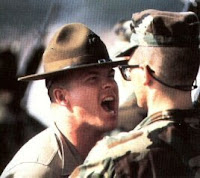 Re: Americans have Skewed View of Ad Industry
Advertising, marketing, PR, et al have become ubiquitous and excessively intrusive. So, an unfavorable opinion on the part of the people on the receiving end of their constant barrage is unsurprising. But in the larger context of the popular culture, it would be more surprising to hear an American voice a positive opinion about any aspect of any business.

The entertainment industry is dominated, somehow that word is not strong enough, by a socialist mindset. In the products they produce, business people are evil, venal, unfeeling exploiters of innocent people and the sacred environment. The good guys are hesitant soldiers (grunts only, not officers), free spirited teachers, crusading politicians, maverick lawyers, and muckraking journalists. You will note, the common thread among the anointed is taxpayer money. Either these people dine at the public trough or they pal around with those who do.

In real life, it is the free market and commerce rather than government and it allies that are responsible for American freedom and prosperity. The image most Americans conjure when the subject arises is not really a businessman. He just plays one on TV.
(Submitted by a Printer)


Re: French Newspaper to Debut Electronic Newspaper
This is just a toe hold for the future. As the hardware gets better, people will finally accept the digital path as the best and easiest way to read and be informed. Anything less, will just be less. When is the last time you unrolled a scroll?
(Submitted by a Publisher)


Re: All Digital, All Commerce, All The Time
I don't actually agree. Its not that the digital era will be devoid of altruistic or journalistic pursuits, but rather that consumers want all content from all sources available all the time, for free. Once publishers get hip to that they can end the hand wringing and get on with the business of monetization, its still about content, it just doesn't have to be your (google).
(Submitted by a Industry supplier) Sent via BlackBerry


Re: AM, FM Radio Predicted to End in 15 Years
Sure and the world will stop spinning too! And when it does, I will put another coin in the juke box.
(Submitted by an Unknown)

Re: AM, FM Radio Predicted to End in 15 Years
Its a very aggressive prediction that free radio will end in fifteen years, but I think it is possible. With greater distribution if WiFi signals across the county, it is easy to see that it COULD happen. As soon as I got satellite radio I stopped listening to terrestrial free AM?FM. Too much junk on the old style radio. (Submitted by a Publisher)

Re: Media Remix
Bo, this goes along with what P&G said several years ago that "there is no such thing as mass media anymore and new approaches have to be found to connect with customers on a more direct basis" . . .
(Submitted by a Paper Person)

REThe Magazine Marketplace in Flux-How Can PR Benefit
Mr. Magazine may know magazines but, doesn't know sports. I can't see why he is so stuck in the paper world. Sure it does and will have a place in the next media circus. But I am sure that the printed produce will be a sideshow event and not in the big tent.
(Submitted by a Publisher)

REThe Magazine Marketplace in Flux-How Can PR Benefit
When sporting events see small crowds, you don't hear the managers bemoaning the death of a sport;

HUH? WHAT'S HAPPENED TO NHL HOCKEY? PRO BOWLING USED TO GET A TV AUDIENCE OF 11 MILLION IN THE 1970S FOR ITS LIVE TELECAST. WHERE IS IT NOW? WHAT ABOUT U.S. SOCCER? BOXING? SURE YOU DO. THESE SPORTS ALL HAVE TROUBLE GETTING ADVERTISING SPONSORSHIP THE WAY THEY USED TO AND OFTEN HAVE TO FUND THEIR BROADCASTS ON THEIR OWN AND SELL THEIR OWN ADVERTISING, RATHER THAN SELL THE BROADCAST RIGHTS THE WAY THE NFL, MLB, AND NBA DO.

when stocks prices fall, you don't hear CEOs complaining that money is no longer a viable product;

WHAT ABOUT INFLATION? EXCHANGE RATES? SURE THEY DO.

but for some reason a drop in new magazine launches makes our industry think our days are numbered.

IF IT BECOMES A PERSISTENT ISSUE, THEN IT WILL
(Submitted by an Industry Consultant)


Re: Don't give Google double the power
Bob: Despite my appetite for the good things that Google seems to be doing for me as an internet user, (gmail, Picasa), an article like this can be a little chilling. Seems like many really big, really useful companies have ideas about total domination of their industry. GM, Firestone, Microsoft come to mind in a flash. What happens when you're the only show in town? How limited is your imagination?

My attitude began to turn when the internet security suite installed on my computer began to flash warnings of SPYWARE whenever I'd open my gmail account. I have queried Google with no response. I have also notified the maker of my internet security software. Is there such a thing as a Benign Big Brother?

Google's ad scheme is based on their software reading my emails, then tailoring advertising to the text it read. Right now, the ads are unobtrusive, and often cogent to the substance of my note.
Now, factor in an administration that wants to know what we read in libraries, and has no compunctions about Geneva Conventions or our own Constitution. Would it take a special genius to combine the capabilities of Google's email reader programming with, say, any of the several government agencies that feel as though they need to know more about what we citizens are saying among ourselves?

It wasn't all that long ago that a major news story had to do with AT&T being co-opted by our government guardians. Why not Google, too?